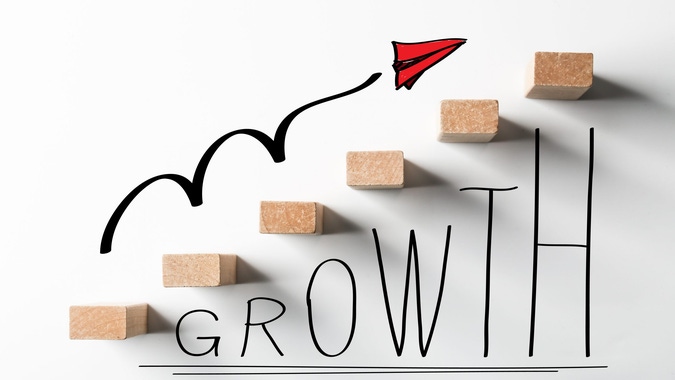 Following a disappointing August, the U.S. economy added just 194,000 jobs in September, versus a 500,000 projection by Dow Jones, which has fostered pessimism among some investors. This, along with several lingering issues, could keep the market under pressure in the near term.

The stock market continues to exhibit extreme volatility, as evidenced by the CBOE Volatility Index’s (VIX) significant increase over the past three months, due to inflation concerns and doubts about the economic recovery. Growth stocks are usually ideal for dodging short-term market fluctuations, however. And the government’s continuing fiscal and monetary support to the economy, along with the potential that the forthcoming third-quarter earnings season will be encouraging, could further boost returns of growth stocks poised to deliver solid earnings.

Therefore, we think it could be wise to bet on HCA Healthcare Inc. (HCA), Companhia Siderurgica Nacional (SID), Korn Ferry (KFY), and Matson Inc. (MATX) because they possess solid growth attributes and are well-positioned to deliver solid earnings.

Last month, HCA agreed to acquire the operations of Steward Health Care’s five Utah hospitals. The addition of these facilities should allow the company to expand its healthcare network and invest in services to meet an increasing demand for healthcare.

HCA’s POWR Ratings reflect this promising outlook. The company has an overall A rating, which translates to Strong Buy in our proprietary rating system. The POWR Ratings assess stocks by 118 distinct factors, each with its own weighting.

HCA is also rated A for Growth and Sentiment, and a B for Stability. Within the A-rated Medical – Hospitals industry, it is ranked #1 of 11 stocks.

Click here to checkout our Healthcare Sector Report for 2021

SID is an integrated steel producer in Brazil and Latin America. Steel; Mining; Logistics; Energy; and Cement are the five operational segments of the São Paulo, Brazil-based company. SID explores primarily for iron ore reserves at the Casa de Pedra and Engenho mines in Congonhas, as well as limestone and dolomite at the Bocaina mine in Arcos, Minas Gerais, Brazil.

SID’s strong fundamentals are reflected in its POWR Ratings. The stock has an overall A rating, which equates to Strong Buy in our POWR Ratings system. The stock also has an A grade for Momentum and Quality, and a B for Value. In the A-rated Steel industry, it is ranked #11 of 33 stocks.

In total, we rate SID on eight distinct levels. Beyond what we’ve stated above, we have also given SID grades for Growth, Stability, and Sentiment. Get all the SID ratings here.

In June, KFY and the National Association of Investment Companies (NAIC), the world’s largest network of diversely owned private equity and hedge fund firms, formed an exclusive partnership to work on a series of transformational initiatives to improve diverse talent distribution and build more inclusive organizations in the alternative investment industry.

KFY’s POWR Ratings reflect this promising outlook. The company has an overall A rating, which translates to Strong Buy in our proprietary rating system. KFY is also rated an A grade for Growth and Sentiment. Within the A-rated Outsourcing – Staffing Services industry, it is ranked #4 of 19 stocks.

MATX provides maritime transportation and logistics services through its subsidiaries. The company offers its services to the U.S. military, freight forwarders, retailers, consumer goods, automobile manufacturers, and others. Ocean Transportation and Logistics are the company’s two business segments. MATX is headquartered in Honolulu, Hawaii.

It is no surprise that MATX has an overall A rating, which equates to Strong Buy in our POWR Ratings system. The stock also has a B grade for Growth, Value, and Momentum. In the Shipping industry, it is ranked #2 of 48 stocks.

In addition to the POWR Ratings grades I have just highlighted, one can see the MATX ratings for Stability, Sentiment, and Quality here.

About the Author: Pragya Pandey

Pragya is an equity research analyst and financial journalist with a passion for investing. In college she majored in finance and is currently pursuing the CFA program and is a Level II candidate.

The post 4 Growth Stocks That Could Produce Monster Earnings appeared first on StockNews.com