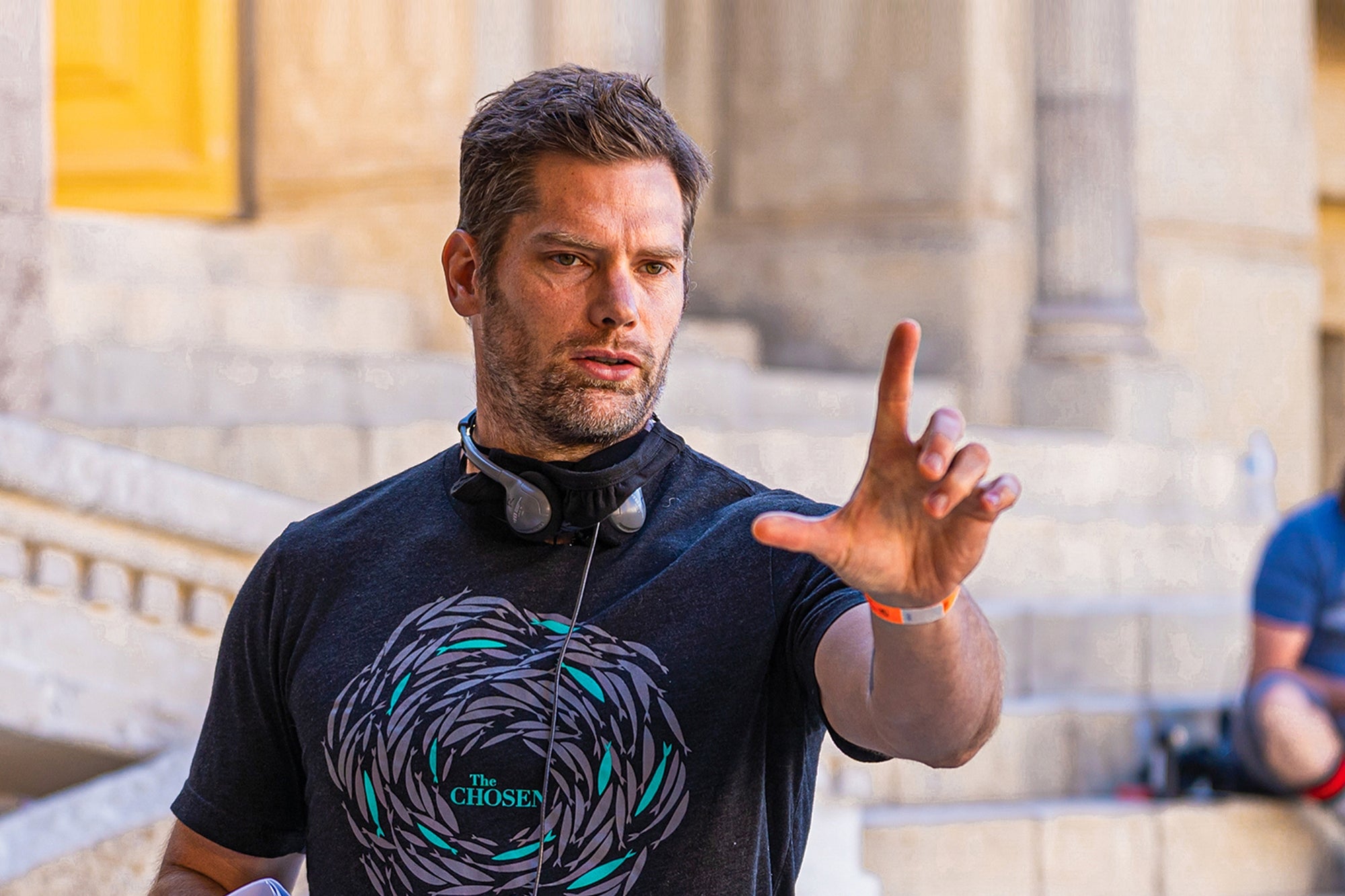 Entrepreneurs have certain aspects that are core to their DNA. And it doesn’t really matter what industry they’re in. Whatever their discipline, whatever their background, there are certain things that all entrepreneurs relate to.

Dallas Jenkins is one of those entrepreneurs, but his background is a little different than most. Jenkins is the son of the man who wrote the Left Behind book series, and he himself is a faith-based filmmaker. Jenkins broke the all-time crowdfunding record at the time for his TV series The Chosen, based on the life of Jesus Christ. The launch of the series raised more than $10 million in crowdfunding from over 16,000 individual investors, unseating Mystery Science Theater 3000‘s revival as the #1 crowdfunded film or TV project in history.

I interviewed Dallas for a podcast recently. The podcast isn’t necessarily faith-based, but what struck me talking to Jenkins is how many of the lessons he’d learned in his career would apply to entrepreneurship too.

Jenkins talked about how behind Christian media had been compared to Hollywood and the mainstream, and how growing up somewhat sheltered and coming to movies late made him see the difference in quality. “I don’t think people knew they wanted it, at least in my world,” he said. “When certain movies come out like God’s Not Dead, they’ll make $60, $70 million at the box office. But when you think about it, that represents maybe six, seven, eight million people, which isn’t a huge number, relatively speaking. And so there’s a large chunk of the faith-based crowd that won’t even watch God’s Not Dead, because they’re not in that segment of activism. They watch regular movies like everybody else.”

He did not watch mainstream movies until he was a teenager, but his dad was a film buff and Jenkins was exposed to many seminal films as he grew older. He had a unique perspective, and he realized that the audience of people like him who grew up as stalwart fundamental Christians but cared about film quality was not getting the supply they needed to fill the demand.

Related: How to Target the Right Audience In 5 Simple Steps

2. Find a niche only you can fill

Jenkins was picked up by a major studio by the time he was 25 for his first movie, and from there a lifelong love affair was born. He devoted himself to making faith-based movies, something he was uniquely suited for due to his strong fundamental Christian background and the education in films and storytelling he received from his father. I asked him what the difference was between him and the other 90% of indie filmmakers who never get picked up.

“You have to find some sort of niche,” he said. “You need some sort of easily definable audience that the movie’s going to connect to.”

The big studios realized that there was a demand they could tap into that they didn’t have the supply for, and that opened doors. Larger companies showed an interest and they were able to get funding for better films.

3. Get input from people who are better than you

“When you look back on those movies now, you know, I’m still proud of them, and they were decent films,” Jenkins shared in our interview. “But I wasn’t a good filmmaker back then. I really wasn’t. I realized after my second movie — I sent it to my mentor. I think this is true of everybody in any business that the key is really to surround yourself with people who are way better than you are.”

Over the course of our conversation, Jenkins credited his mentor with his improvement. His mentor sent important movies, source books, instructions and more that would round out his education in the art of filmmaking. He spent a year devouring them.

It’s something that comes up throughout history: Great people constantly try to surround themselves with people who are better than them, or people who can help them fill in their blind spots. It’s one of the keys to Steve Jobs’s mid-career renaissance. It helped soldiers and statesmen like Ulysses S. Grant and Winston Churchill. And it’s a key for every good entrepreneur. No one is an island.

Related: 6 Tips for In-Person Networking During the COVID-19 Era

4. Do everything you can … and then let it go

Blockbuster Video was the first job Jenkins took, and his dad gave him some advice he never forgot: “My dad said to me: if all you do is just your job, you’re going to actually be ahead of most people you’re working with. The majority of people don’t even do their jobs. If you do your job you’re going to be ahead. If you do more than your job, if you look for opportunities to succeed, if you’re doing extra, you’re going to sail through … I think it’s defeatist to say you’re either born with it or you aren’t.”

I suggested you either have that grit or you don’t, but Jenkins disagreed with me. He felt like things changed for him at a certain point in his career when he was faced with certain failure.

Things had been going well and his career was taking off. He had a chance to do movies with a big company called Blumhouse, which had specialized in low-budget horror films that tended to outperform their budget significantly.

Blumhouse saw opportunity in faith-based filmmaking to do the same thing. In the meantime Jenkins was working on a movie called The Resurrection of Gavin Stone that was testing very well with audiences, with interest through the roof. But when it came to theaters, it was a flop.

“That night at four o’clock in the morning I was up doing what I’m guessing you have done… someone sent me a Facebook message that said ‘Remember: your job is not to feed the five thousand, your job is only to provide the loaves and fish,’” Jenkins says. “There’s lots of cliches about ‘just focus on what you can do and leave the rest up to the gods or nature or whatever it is.”

His mindset changed. Even though his biggest chance had flopped, Jenkins didn’t stop working. But he was willing to let go of the failure and work in different directions. He produced a small film for a local church that went viral on Facebook, which paved the way for the crowdfunding project that created The Chosen.

They shattered previous crowdfunding records to make the series.

Every creative professional and every business owner has obstacles to get through. The difference in success or failure is how they face them. Dallas Jenkins may be a filmmaker first, but his experience has valuable lessons for entrepreneurs that may be facing similar challenges.