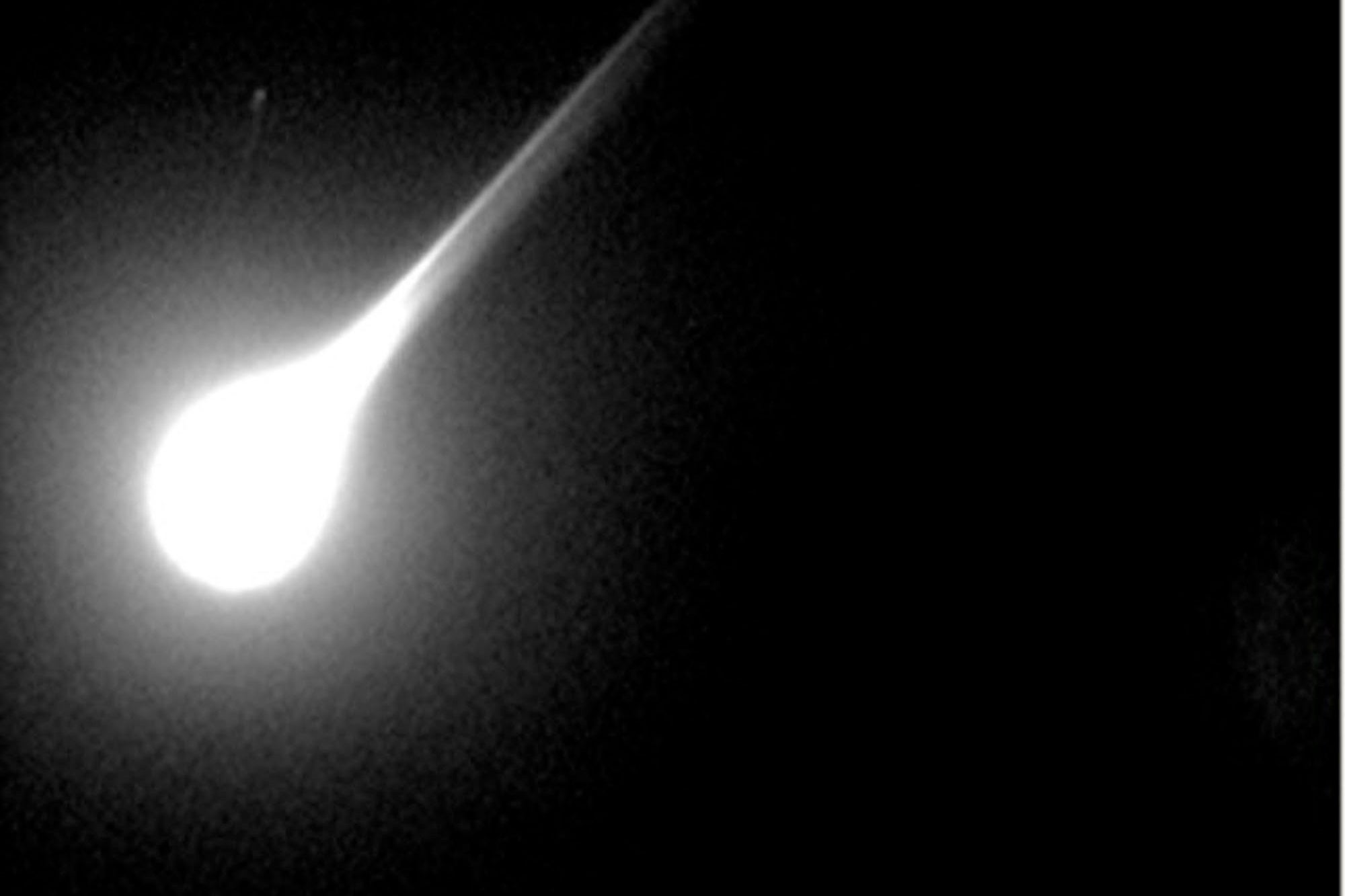 The chances of being hit by a meteorite are astronomically slim, but try telling that to a California man who claims a hurtling ball of fire destroyed his house.

“I heard a big bang. I started to smell smoke. I went onto my porch, and it was completely engulfed in flames,” Dustin Procita of Nevada County in rural Northern California told KCRA news.

The Penn Valley Fire Department responded at around 7:30 pm last Friday night to reports of a structure fire near Lake Englebright. It took them around four hours to contain the fire, but Procita escaped alive. Sadly, his dog Tug was trapped in the house.

“They said it was a meteor. I watched meteor showers and stuff as a kid, but I definitely didn’t look forward to them landing in my yard or through my roof, Procita said.

Locals reported seeing a bright ball fall from the sky and land in the same area as Procita’s home. Some of the sightings were recorded on video.

Anyone else just see this crazy flash light up the sky? Captured by my dashcam in El Dorado Hills, CA. pic.twitter.com/4BlzOB5ISD

Meteorites are small rock fragments from asteroids that fall to Earth. When meteorites enter the Earth’s atmosphere, they burn up and turn into fireballs or “shooting stars” called meteors.

Yeah, caught it on my dashcam as well. pic.twitter.com/1L3kZH05sG

There have been very few instances when meteorites have actually struck a person. In 1954, an Alabama woman named Ann Hodges was napping on her couch when a meteorite tore through her ceiling and hit her side.

Procita says he feels lucky to be alive.

“They say it’s a one in 4 trillion chance, I guess I might be buying a lottery ticket today.”

The fire department is still investigating the cause of the fire and should know in a few weeks.