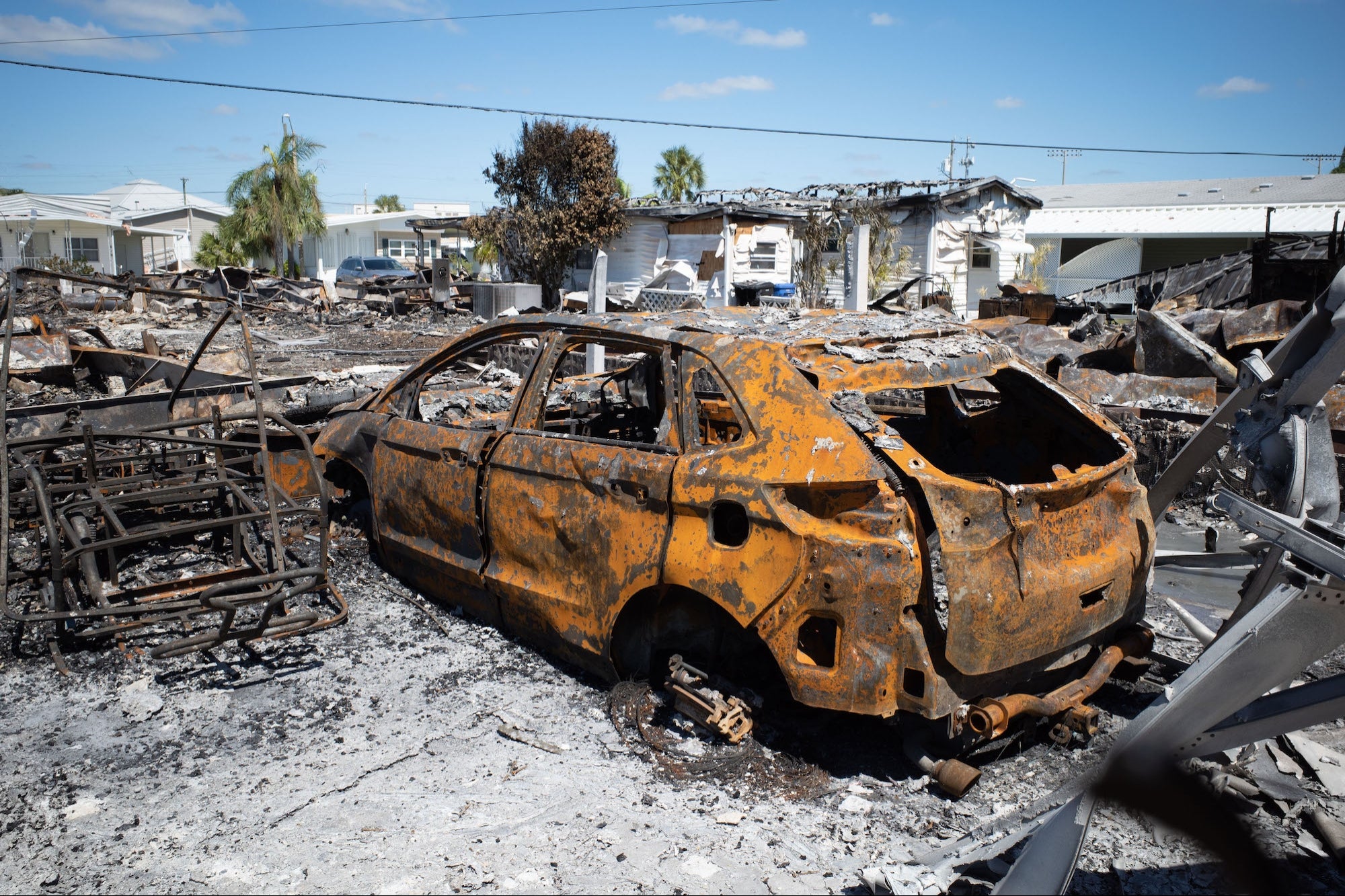 Hurricane Ian caused billions in damage and upended lives, but few people expected that it would cause electric vehicles to burst into flames.

But that’s just what happened.

In the days following Hurricane Ian, the saltwater flooding in coastal areas caused the lithium-ion batteries in electric vehicles to combust.

Firefighters in Naples, for example, needed to extinguish six blazes in EVs that had been submerged in seawater.

Heather Mazurkiewicz, a spokesperson for the fire department, said firefighters needed “thousands upon thousands” of gallons of water to extinguish the EV fires — much more than what a typical gas car fire would require.

Even worse, one of the EVs reignited, destroying two houses.

Related: This Solar-Powered Florida Town Was Built to Withstand Hurricanes. Did It Work?

Why EVs are burning

Eric Wachsman, the Director of Maryland’s Energy Institute, told CNBC that lithium-ion battery cells have electrodes placed close together and are filled with a flammable liquid electrolyte.

When the battery cells get damaged or defective, “this flammable liquid could get into what’s called a thermal runaway situation, where it just starts sort of boiling, and that results in a fire,” Wachsman said.

For this reason, some companies, such as Tesla and Ford, are switching to lithium iron phosphate (LFP) batteries, which are much less combustible.

But that doesn’t stop the cars that already have lithium-ion battering from catching fire.

To protect first responders and firefighters, Jack Danielson, executive director of the National Highway Traffic Safety Administration, directed those “not involved in immediate lifesaving missions” to identify flooded electric vehicles with lithium-ion batteries and move them “at least 50 feet” away from other structures, vehicles, and combustibles.

“This emerging threat has forced local fire departments to divert resources away from hurricane recovery to control and contain these dangerous fires,” Scott wrote. “Alarmingly, even after the car fires have been extinguished, they can reignite in an instant.”

There are over 95,000 registered EVs in Florida, the second-highest number in the nation.