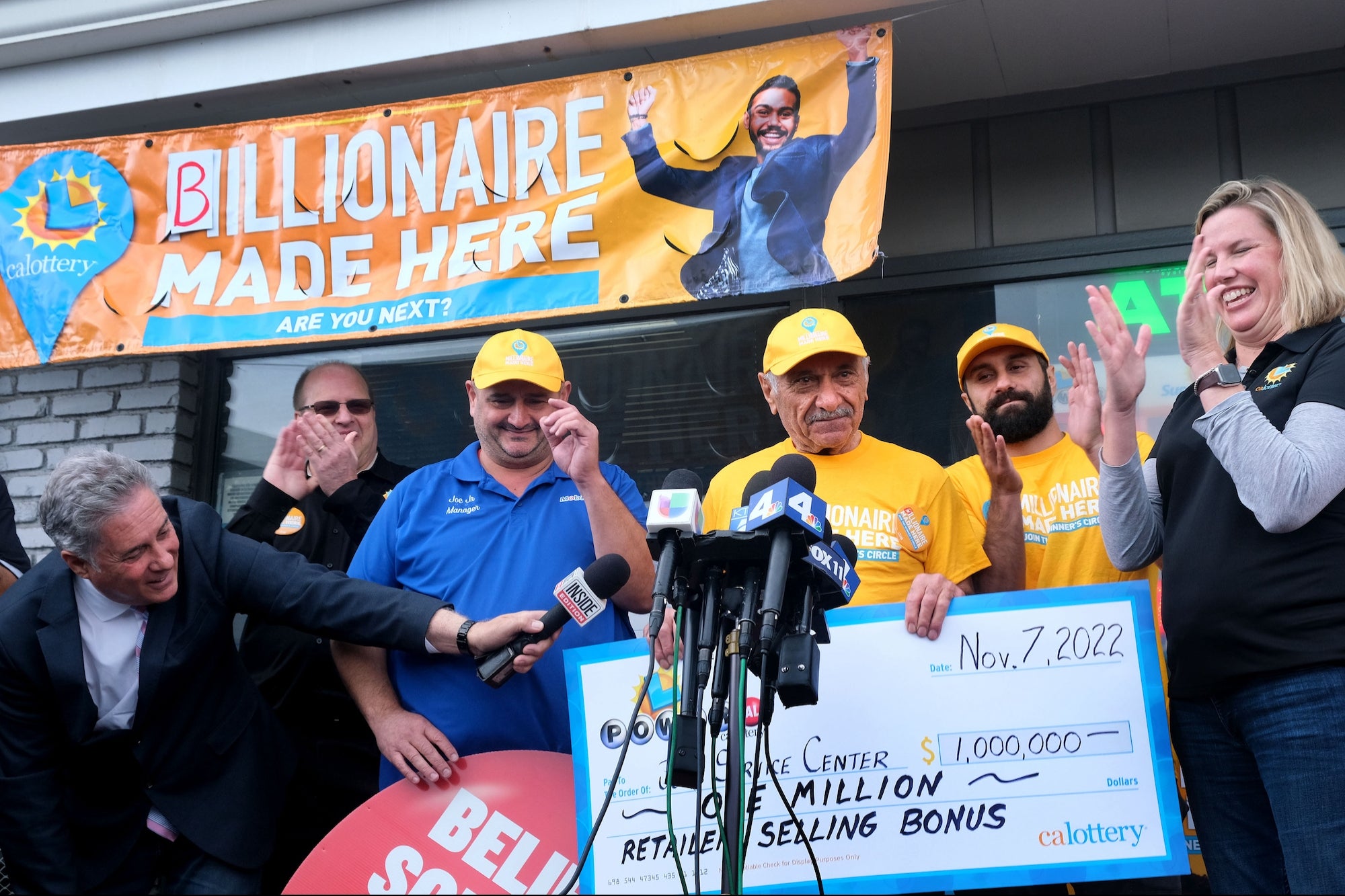 They call him “Papa Joe.”

A Syrian immigrant who moved to the U.S. in 1980 in search of the American Dream, Joseph Chahayed appears to be living it.

Papa Joe is the man who sold the $2 billion Powerball lottery ticket at his gas station, Joe’s Service Station in Altadena, California, earlier this week.

Related: The Winning $2 Billion Powerball Ticket Was Sold in California

As part of California Powerball rules, the retailer who sells the winning ticket receives O.5% of the jackpot, which is capped at $1 million, making Joe Chahayed a millionaire overnight.

Wearing a ‘Millionaire made here’ T-shirt, Chahayed said at a California Lottery press conference that he plans on sharing the money with his family.

Joe Chahayed who sold the winning ticket in the $2.04 billion Powerball drawing at his Altadena Mobil station, says he had a feeling there was going to be a winner among his customers. Video by @deanmusgrove for @PasStarNews @SoCalNewsGroup https://t.co/Mggu1oXG1X pic.twitter.com/DoFiAxzCyN

Who is Papa Joe?

Chahayed’s son describes his 75-year-old father as tireless and hardworking.

“Seventy-five years old, and he refuses to take a day off,” he said.“He’s up at like 5 a.m. every day. No one deserves it as much as he does.”

He described the station, which is just north of Pasadena, as being in a “very poor neighborhood,” telling the Pasadena Star News, “From the bottom of my heart, I hoped somebody would win…they deserve it.”

The Los Angeles Times reports that Chahayed is known around the community for having a generous spirit.

Kenny Devine, a customer, said Chahayed gave him permission to run a pop-up shop for his jeans company out of the gas station parking lot.

“Joe is the most, bar none, friendly person that I know,” said Devine.