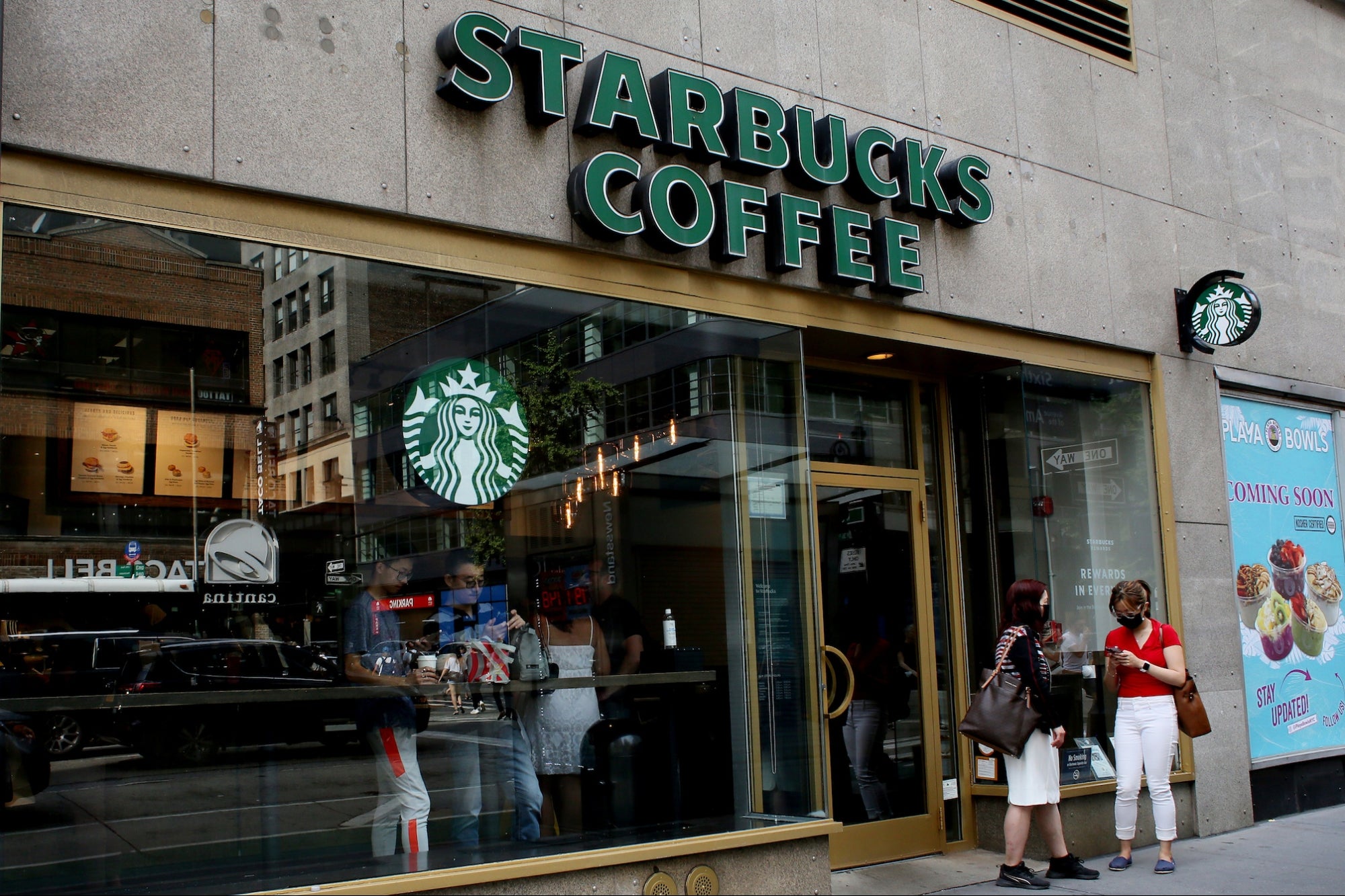 In a lawsuit filed last week, a Los Angeles-based company called Balmuccino claimed (again) that the coffee chain had stolen its ideas and suppliers for a coffee lip balm product.

Starbucks said via email that it “firmly believe[s] these claims to be without merit, and we look forward to presenting our case in court.”

This is the company’s second try at a suit. According to Reuters, the first suit was filed in 2019, but it was dismissed because the court found it “lacked jurisdiction” or didn’t have the authority to hear the case.

Balmuccino’s suit claims Starbucks “effectively stole” the lip balm idea after Balmuccino took a meeting with Mesh Gelman, who was then the company’s head of product development and an SVP in 2017. The suit says Gelman asked for a lot of information on the product and said he would “run the idea ‘up the flagpole.'” The idea was that Balmuccino would be “duly compensated and given proper credit” for the idea.

Then, the company claims that in 2018, a supplier for the lip balm told Balmuccino it received outreach from Starbucks for a product with “identical,” specifications that Balmuccino had given Gelman. In April 2019, as the suit notes, Starbucks released a line of lip balms based on the S’mores Frappuccino.

Keep that s’moregeous graham glam all summer long with the exclusive S’mores Frappuccino Sip Kit. Win this and s’more in the #SmoresLifeContest. https://t.co/B3o6JYvuQ6 pic.twitter.com/MHXGUHukBc

The original meeting came together, the suit says, because one of Balmuccino’s employees, Samantha Lemole, “was” a sister-in-law of Dr. Oz who then connected her with Starbucks CEO Howard Schultz (who is currently transitioning out of the role).

Balmuccino says that in the original meeting with Gelman, they asked the executives to sign an NDA and Gelman declined, saying that “the meeting and the items discussed therein were completely confidential and that the relationship between Mr. Schultz and Dr. Oz, who had brokered the meeting, should provide the necessary comfort and protections Plaintiff was seeking via the Non-Disclosure Agreement.”

Thus, the suit claims the company broke its verbal agreement to follow an NDA.

Lemole filed for divorce from George Griffith, who is related to Dr. Oz, based on IMDB pages in December 2020. But on her website biography, she says she is still married to Griffith and that Dr. Oz is her “brother-in-law.”

Balmuccino’s suit did not specify the damages.