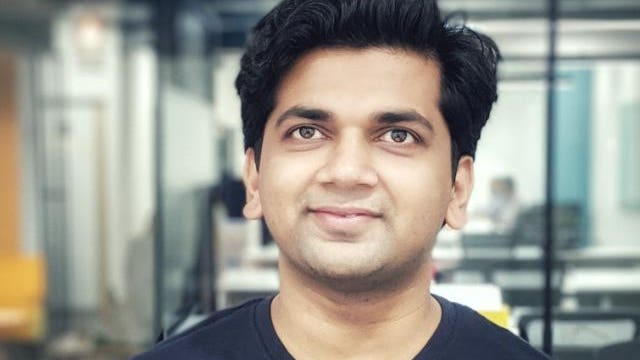 News of the demise of email has been greatly exaggerated, believes Indian entrepreneur Aquibur Rahman. The announcement today by two leading tech sector investors of a $2m seed round for his year-old start-up Mailmodo rather suggests they agree with him.

Rahman’s thesis is that email isn’t a dying communication form, but does need a refresh. Younger people may increasingly depend on social media platforms for messaging, but the world still sends 300 billion emails every single day, he points out, and the number is increasing. And for businesses, reaching out to customers by email is far more straightforward.

“The problem is that email has barely changed as a technology since it first became ubiquitous in the 1990s,” Rahman argues. “You still get the same static experience as you did back then – compare that to the transformation we’ve seen of other digital technologies.”

Rahman has a background in marketing with start-ups and fintech business, and has a particular frustration with the low conversion rates typically experienced by marketers using email campaigns. The problem, he argues, is that when you send a customer – or potential customer – an email, acting on it almost always requires them to step out of the message. They typically need to click through to a website to respond; this type of friction is a killer, which is why response rates are so low.

Enter Mailmodo, which leverages a technology introduced by Google as long ago as 2016 that has since gained remarkably little traction. AMP emails – the acronym stands for accelerated mobile pages – allow senders of emails to embed interactive elements in the message itself. Suddenly, you can send messages including everything from application forms to purchase buttons that enable the recipient to respond while remaining in the email, rather than having to go elsewhere.

That has a dramatic effect, says Rahman. “We started experimenting with a customer and AMP emails last year and saw conversion rates on that first campaign increase by 250%,” he recalls. “It was such a huge increase that we wondered whether it was beginner’s luck, but we were able to repeat the success over and again.”

AMP emailing taps into the way people consume emails, Rahman believes. “In day-to-day life, people check their emails when they are traveling, watching TV, or in an elevator, say,” he points out.

“They don’t have the time or the attention span to open an email, click on a link, go to a website, and take several other steps to complete a task. This is why interactive app-like emails help marketers to get much better conversion rates by reaching customers where they are at that moment in time.”

Here’s the thing though. AMP email technology has not been widely adopted and requires some technical knowhow to implement effectively. Rahman therefore saw an opportunity to launch a one-stop shop for marketers keen to take advantage of the concept but lacking the technical expertise to do it. Mailmodo offers exactly that, giving subscribers a platform through which they can build their email campaigns using templates and short cuts, rather than having to build code them for themselves.

The business was founded last year, but spent its early months working with a small handful of clients to perfect its service. Rahman then opened the doors to paying customers in January, pitching the business as a software-as-a-service proposition through which subscribers pay a monthly fee based on the number of emails they want to send.

The entrepreneur already appears to have a hit on hands. So far, Mailmodo has picked up more than 100 customers in markets in every region in the world, with revenues growing at a rate of 30% month on month. The platform enables businesses to create emails that do everything from collecting feedback from users to booking meetings with prospects, and from recovering abandoned shopping carts to generating new leads.

Such rapid growth has turned heads in the investment community. The fund-raising that the company is announcing today is led by Surge, the scale-up program for start-ups in India and Southeast Asia run by Sequoia Capital. The accelerator Y Combinator is also taking part in the $2m round.

The funding will help Mailmodo to refine its product still further, enabling users to embrace a broader range of use cases through emails. Rahman is also keen to invest in the business’s own sales and marketing, with the early sales success of Mailmodo having largely come through referrals and word-of-mouth.

“Email is far from dead,” insists Rahman. “It just needs an upgrade.”