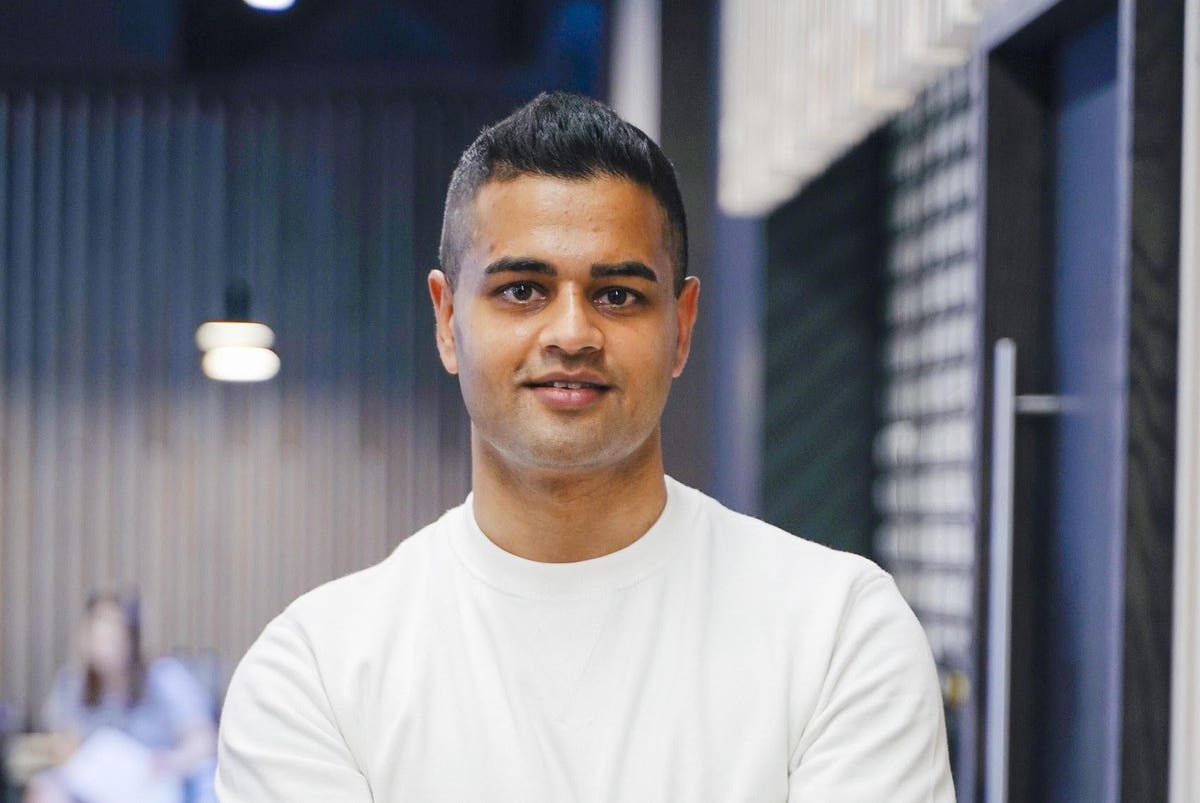 In recent years we have seen a significant transition in the way celebrities and influencers make money. Taking musicians as an example a lot of their income used to come from album sales. However, in recent years we have seen many of them make the bulk of their income from touring, partnerships with brands, and utilizing their digital influence on social media. The COVID-19 pandemic has accelerated this shift with increased restrictions on live events over the last 18 months. One of the ways some of these celebrities and influencers have been earning additional income is by offering digital experiences to their fans such as special birthday messages or video calls. One entrepreneur whose journey has taken him from the world of private equity to event organizing and now running a company that matches fans with celebrities to offer these unique digital experiences is Anjan Luthra, founder of Thrillz.

Luthra grew up in Glasgow, Scotland. During his childhood, he was an avid tennis player encouraged by his parents to pick up the sport then showing great promise. In his teens, he went on to represent Scotland training at the same camps as globally renowned tennis players such as Andy Murray. Balancing sport alongside his studies, which had always been important to his parents, was tough but he made it work. When he got into his late teens he swapped tennis for cricket as “whilst I loved tennis the individual nature of the sport proved to be mentally taxing and the team environment provided by cricket was more beneficial” he recalls.

He continued cricket into his university years under the promise to his parents that they would fund his sporting ambitions as long as he focused on his degree. Similar to tennis he thrived at the sport playing at the junior national level and touring the world, balancing this alongside his degree in Accounting and Finance at Glasgow University. However, the downside of spending all of his time studying and playing sport meant Luthra was not earning significant income. In order to fix this whilst not getting a traditional job that would dictate his working hours, he set up an events company running local events for the Asian community in Glasgow. This company ran for a short while but as he neared his final year he decided it was time to choose one path and opted to focus on his education eventually excelling in his final year exams graduating with first-class honours before landing a job at Ernst & Young (E&Y) in Glasgow.

A Career In Finance

Luthra felt extremely fortunate to get a job at E&Y where he focused on working with distressed businesses. This proved to be an invaluable experience in both running a business but more importantly pivoting a business to ensure survival. After 2 years in this role, he was headhunted to join the private equity firm Partners Group. He always had a desire to work in private equity but expected it to come much later in his career. After landing the role it was a very steep learning curve but one he relished, similar to playing sport growing up. A few years into the role he was settled in and had developed great experience working on large deals with extremely smart people. However, the entrepreneurial itch from his days running his events business never left him, particularly when he would be in management meetings. He never felt he was “done being an entrepreneur” so decided he would start an events-related business on the side and see how far he could take it alongside his day job.

Whilst doing so, one of the biggest issues he faced was booking acts. Looking around the U.K. there wasn’t a definitive solution that was doing this well so he decided to build a marketplace where acts could post their services and event organizers could book them instantly. He hired a remote team in Vietnam to work on the development of the platform whilst he managed everything alongside his day job. This proved to be extremely hard as his day job was very hectic and demanding which meant late nights and weekends were spent working on his startup. Once the platform was developed, he decided it was the right time to take the leap of faith and go full time in late 2019.

Through thousands of emails and hundreds of calls, Luthra was able to get acts to list on the Thrillz platform and event organizers were making bookings however everything changed in March 2020 when the COVID-19 pandemic hit, and events were essentially shut down overnight. Initially, he was distraught but similar to switching sports or careers he went back to the drawing board and tried to figure out how they could leverage the connections and platform they had built to offer something during the pandemic. By May 2020 they had pivoted the business and rather than people being able to book live acts for events you could book celebrities and influencers to offer virtual experiences.

Rapid Growth And The Future

Initially getting celebrities to sign up to the platform and offer virtual services was difficult as it was a relatively new concept. However, after they managed to prove the concept with the first batch of influencers and some sports stars Luthra had in his network they started getting celebrities, who were then followed by agents and ultimately agencies. Today they work with a number of leading agencies in Europe and the U.S. having agreed to long term deals. They benefited from significant growth during the COVID-19 pandemic as celebrities looked for alternative income streams and they have recently raised $1.8m from prominent investors including WatchMojo CEO and Founder, Ashkan Karbasfrooshan, with a view to continue expanding the team globally.

It has not been a straightforward journey for Luthra but many of the skills he picked up playing sports and early on in his career meant that through the COVID pandemic they ended up coming out with a better business model through an ability to pivot and persevere.

This article is part of a series featuring underrepresented people making a difference. To submit ideas for features or keep up to date with new releases you can find me on Twitter – @TommyPF91