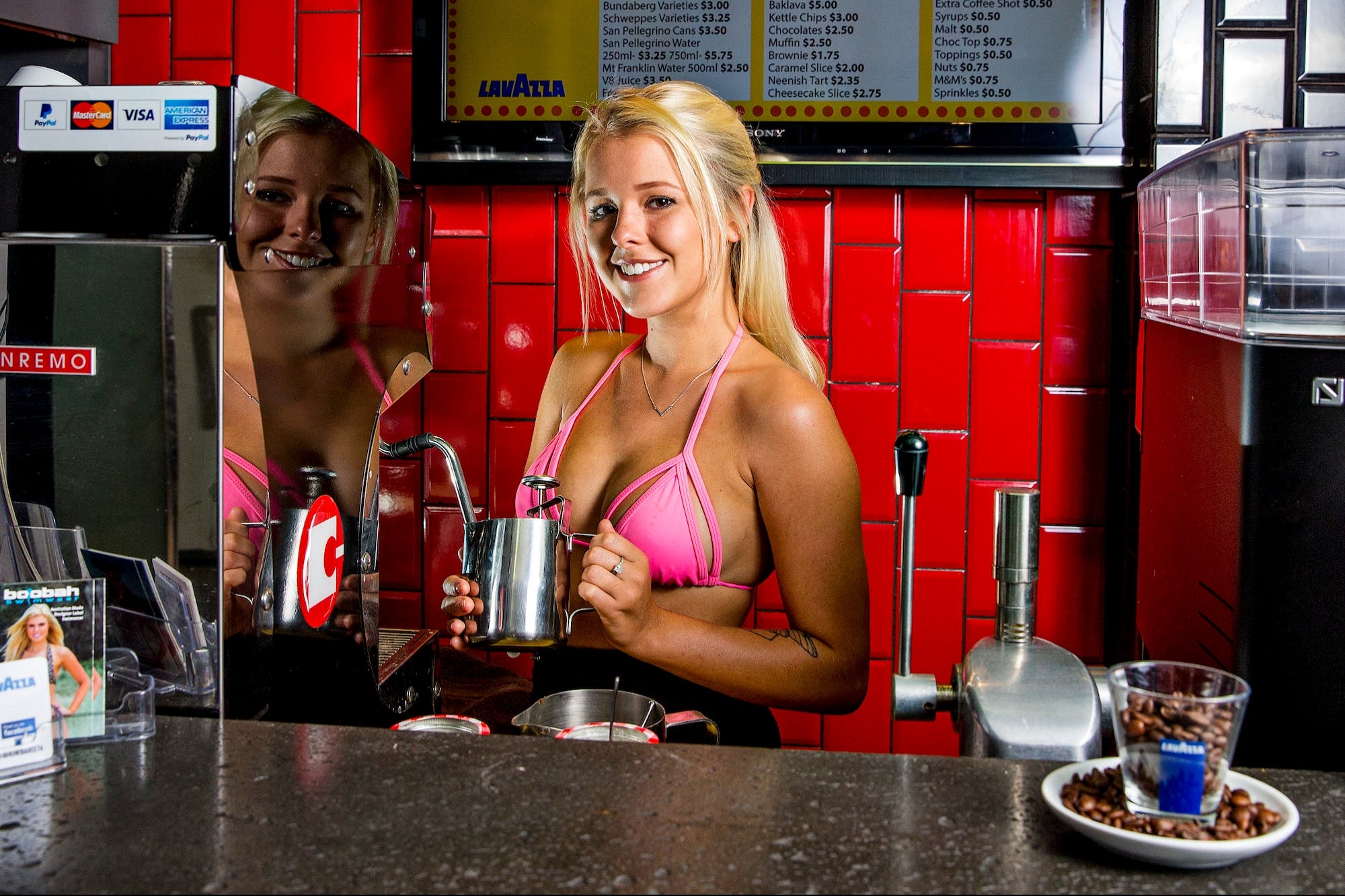 A city rule prohibiting service workers from wearing bikinis is gender-based discrimination, according to a newly signed ruling by a U.S. district judge of Seattle, The Everett Herald reported.

The initial legal complaint was filed by Jovanna Edge and some (now former) employees of Hillbilly Espresso, a chain of coffee stands served by women in bikinis or lingerie in Snohomish County, Washington.

Edge, the coffee chain’s owner, told Entrepreneur that the scantier outfits are a way for the business to “stand out,” and that she felt motivated to take on the suit by what she sees as her constitutional rights.

The ruling found that the ordinance was focused on clothes “typically worn by women rather than men,” and thus constituted gender-based discrimination prohibited under the 14th amendment’s equal protection clauses.

The legal battle goes back to 2009, the outlet reported. At that time, police said they getting complaints about the coffee stand and began giving out citations for things like indecent exposure. (Edge claims the complaints were not solely due to her business but another, similar business that was a “bad actor.”)

Then, in 2017, Everett City Council issued the ordinance, per Fox 13, related to service workers and covering up – specifically, three inches below the buttocks, for example.

“The city clerk is authorized to issue regulations to ensure full compliance and provide diagrams to illustrate the dress requirement,” the ordinance, which is still available on the city’s website, says. Local police had said dealing with complaints about the baristas was taking up time and energy, Fox 13 noted.

A federal judge in 2017 blocked it from being enforced. Then, in 2019, the Ninth Circuit Court of Appeals vacated the injunction.

In 2020, Edge and the other plaintiffs appealed their case to the Supreme Court — which did not take the case, and it ended up in the Western Washington district court, the Everett noted.

The ruling said it was hard to conceive how it could be enforced equally for men and women and said that the rule counts as a violation of the Equal Protection rules in the 14th Amendment.

The rule, “‘encourage[s] a humiliating, intrusive, and demoralizing search on women, disempowering them and stripping them of their freedom,'” the ruling said.

Lawyers for the baristas have said that the attire is “empowerment.”

“It is the embodiment of the belief that women must dress a certain way to avoid exciting men to sexual misconduct,” their team has written in legal documents. “Those beliefs are rooted in impermissible stereotypes about what is and is not proper dress and behavior for one’s sex.”

The ruling, however, set aside claims that the baristas had made about free speech. The court also issued a partial summary judgment. This means that the ruling was made against one party – in his case, the city – with no need for a trial, the outlet noted.

Edge said 80-85% of her employees are parents. The city was, “targeting young moms who are just looking to make their way,” she said. Now, they get to keep going to work, she added.

The city did not respond to Entrepreneur’s request for comment.

There are a number of bikini barista operations in the western US, including Bikini Beans Coffee in Arizona, and Lady Bug Bikini Espresso in Washington.