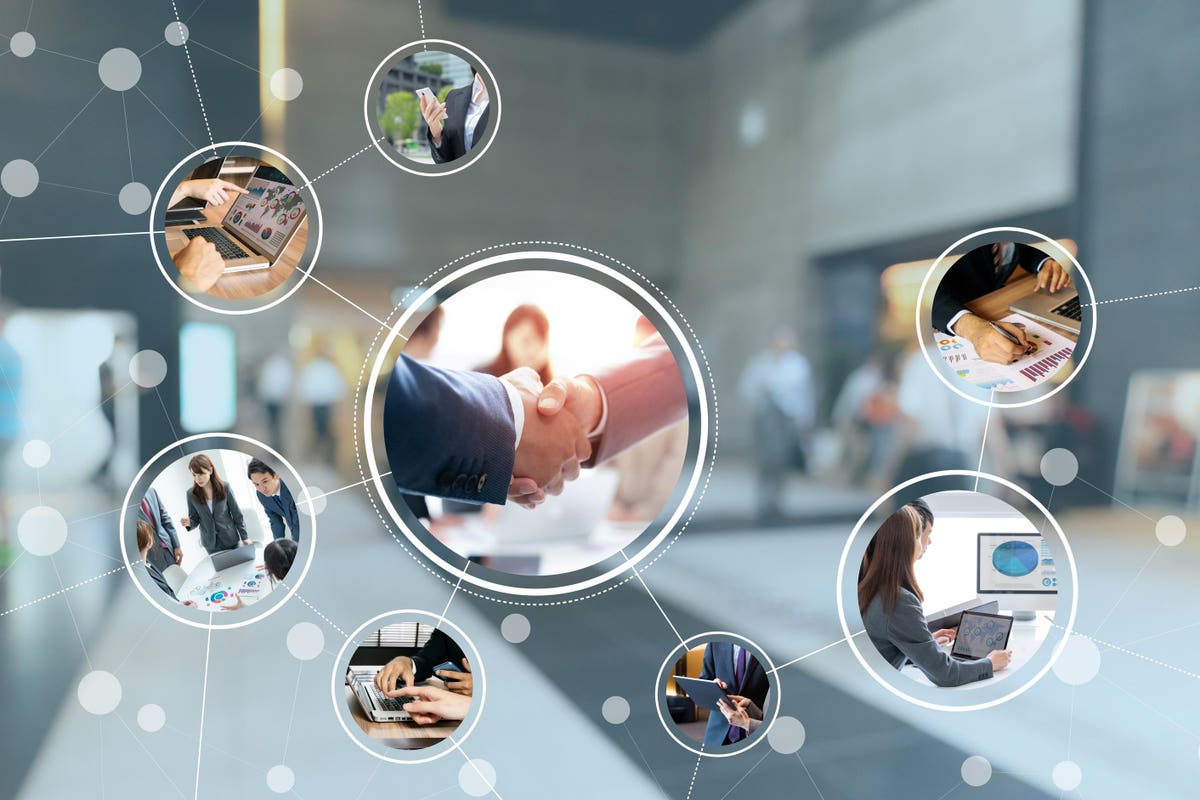 If you’ve heard the phrase “it’s who you know” throughout your career, you’re not alone. Despite AI-powered job application processes pulling in a plethora of qualified applicants, humans still have the final say when it comes to determining which candidates get offered positions. And the more people who can vouch for an applicant’s abilities, the better. That’s the power of amassing a network. The problem is, our networks tend to be reflective of us, which is limiting for both sides.

Consider a job seeker looking to branch out into a new career. Job seekers who’ve built networks of like-minded individuals may have trouble entering a different occupational vertical or industry. This narrows their prospects and keeps them from making bold, lateral moves—or, in some cases, unprecedented leaps that could help them spread their professional wings.

Leaders aren’t immune from issues related to creating “mirror image” networks, either. A leader whose closest peers, colleagues, and even direct reports offer up familiar sentiments, experiences, and education could wind up hiring look-alikes. The result? A lack of diversity of thought and opportunities for the company.

From the outside looking in, it’s easy to see the stumbling blocks caused by a uniform network. Yet it can be tough to go against the desire to pepper our networks with people who remind us of ourselves. Psychology Today cites a study that showed how cognitively validating it can be to surround ourselves with others who are more similar than different. During the study, participants who thought they were being paired with someone like themselves felt more comfortable interacting and enjoyed the process of meeting someone new.

The study findings may reveal a tendency toward the familiar. But they don’t show how important breaking out of this tendency is to foster more inclusive workplaces. Until people take active steps to construct diverse networks, they’ll just get more of the same. And they’ll never be able to get the benefits that come from sponsorships.

Beyond mentorship: The sponsorship advantage

When it comes to career networking, sponsorships and mentorships are often lumped into the same category. They’re quite different, though. A mentorship involves a more seasoned individual transferring knowledge and insights to a less seasoned individual. The relationship is a closed one whereby information and communication travel between the two people involved. Mentorships are quite valuable to improving someone’s personal confidence, capabilities, and skill sets. However, mentorships don’t necessarily do anything to move an individual faster toward a chosen career goal.

This is where sponsorships come into the picture. A sponsorship is when a person who is in a position of authority or influence vouches for another person. The sponsor serves almost as a “personal recruiter” for a protege. The sponsor essentially tells others, “I know this person is a good fit for your job opening. I’d stake my reputation on it.”

For the protege, having a sponsor is an enormous advantage. Managers, executives, and founders frequently know about job openings before they’re made public. A sponsor can easily introduce a protege to a hiring committee member even before a position has been posted. If the sponsor has enough heft, the sponsor may be able to encourage that a position be created specifically for the protege.

For the sponsor, the responsibility of having a protege is outweighed by being able to have more of an impact than if the sponsor were merely a mentor. Sponsors can shape and mold both individual careers and companies. Their influence enables them to increase their sway and make a difference.

Of course, the way to get the most out of the sponsorship relationship for all stakeholders is by forming diverse networks. The more diverse the network, the more unique proteges a sponsor can bring to the table. That way, the sponsor isn’t just presenting the same type of people. Instead, the sponsor is introducing a variety of high performers poised to shape the future of a business, industry, or career.

Tips for building diverse networks as a sponsor or protege

Whether you’re a well-known CEO or an eager, entry-level professional, you need a diverse network of individuals to be able to enter into sponsorship relationships. Below are some ways to flesh out your network with people who are anything but cookie-cutter.

1. Get involved with diverse networking programs.

You don’t have to randomly hunt on LinkedIn for people to bring into your network. Many corporations and associations offer ways for you to meet others and expand your “people circle.” If you can’t find one, you may want to launch it yourself.

For instance, Nicole Simpson, the director of DE&I at global marketing agency RAPP, set up a sponsorship program at her company called The Table Makers. As she explains, part of her goal was to put a diverse, inclusive succession plan into place.

“If you look at any company’s diversity numbers you see a steep dropoff from the professional level to mid-level manager and a steeper decline to executive level,” she explains. RAPP’s program is intended to fast-track high-potential employees into leadership positions with intention by matching mentees with mentors who agree to be sponsors, too.

2. Look for people to fill the diversity gaps in your network.

Think about your spheres of influence. Is everyone college educated? Do they have the same types of degrees? Are a majority of the people in your network interested in the same field or occupational path? This is great, but it doesn’t give you much perspective on what else is “out there.” It also doesn’t help you move into other positions or sponsor others so they can explore their possibilities.

The next time you’re at a conference or other networking event, make an effort to meet people you wouldn’t ordinarily talk with. Push yourself outside of your comfort zone. Even if you only come away with one new person to add to your network, you’ll be connected with that person’s extensive network.

Over time, the technique of branching out will fill in any gaps in your diverse networking tree. Plus, you’ll be able to boost and brag if you’re a sponsor, which Harvard Business Review says are two important functions of sponsorships.

3. Turn your mentorship into a sponsorship arrangement.

As discussed, mentorships and sponsorships have many commonalities. If you’re already in a mentoring relationship, think about moving it to the sponsorship level. As one academic paper focused on sponsorships in medicine showed, this can have a profound effect, especially for the mentee. In medical fields, up-and-coming female professionals may find it harder to get promoted than their male counterparts. When they have sponsors, they have more ability to improve their standings and rise through the ranks.

Don’t be dismayed if your mentor doesn’t want to be a sponsor or your mentee isn’t interested in being a protege. Another mentor or mentee ready for a sponsorship experience will come along. You just have to stay on the lookout.

The world is a wonderfully diverse, exciting place. It’s up to you to make sure your professional network is a reflection of that diversity. That way, you can take a step toward sponsorship from either side.